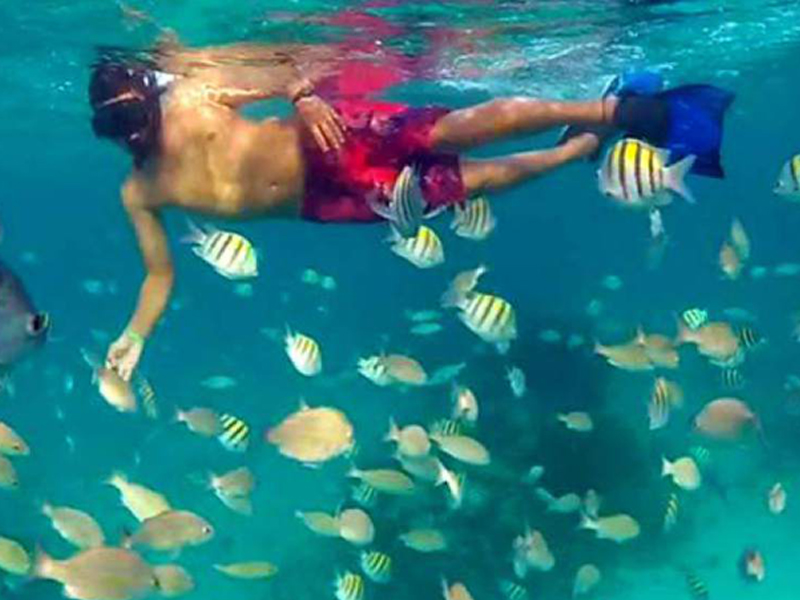 The coral reef of Belize, the second largest in the world and Caribbean treasure of biodiversity, left the list of world heritage in danger in which it was almost a decade, announced on Tuesday UNESCO in Manama.

The world body considered that the conservation measures adopted by the authorities of Belize, in particular the establishment of a moratorium on oil exploration in its entire maritime zone and the strengthening of regulations for the protection of mangroves, justified their exit from the list.

“Congratulations to Belize for this great achievement,” said the chairman of the Unesco Heritage Committee, Sheikha Haya Rashed Al Khalifa, after the applauded decision, adopted at the annual meeting of that entity held in Bahrain.

In a statement, the environmental protection agency WWF hailed the decision as “a critical moment for the conservation of marine species and a spectacular turnaround: just 18 months ago, one of the most diverse ecosystems in the world was threatened by oil seismic prospecting “.

Immersed in the crystal clear turquoise waters of the Belizean Caribbean, the coral reef is one of the largest marine ecosystems in the Atlantic. It is the second largest barrier reef in the world and is only smaller in size than what exists in Australia. It extends for 380 kilometers on the coast of the Central American country, is home to some 1,400 species of fauna and is one of the marine ecosystems with the greatest diversity in the world. At the same time, it is vital for Belize’s tourism industry since it leaves some 37 million dollars a year to the country and employs 20% of the population.

“We are aware that one of our greatest achievements is natural resources, the cornerstone of our national economy and the founding element of our identity,” Patrick Faber, Belize’s deputy prime minister, said in Manama.

 It has become a great attraction especially for diving enthusiasts, to whom local guides guide them to the barrier and teach them how to behave to appreciate it without damaging it. Belize lacked greater laws on environmental protection, which led UNESCO in 2009 to declare the coral reef, a World Heritage Site since 1996, in danger.

The call of attention also reached its mangroves, fish hatcheries that are then integrated into the reef and that were disappearing in front of the cement of indiscriminate urban development. To convince UNESCO, the Belizean government demonstrated an indefinite moratorium on offshore oil operations voted in 2017 by Parliament. The first to bid for the moratorium were environmentalists who in 2012 held an informal referendum in which 96% of the population was against oil prospecting on the high seas. In this way, Belize’s coral reef maintains the status of World Heritage of Humanity that it acquired in 1996. The World Heritage Committee is meeting until July 3 in Manama, Bahrain. Examines 30 new nominations for sites that aspire to become World Heritage Sites, including the Tehuacán-Cuicatlán Valley in Mexico, the Caliphate city of Medina Azahara in Spain and the Chiribiquete National Park in Colombia.